"What I'm alarmed to find in meditation is that my mind is actually not that interesting a place after all . . ."
--Elizabeth Gilbert

Hey Dudes and Dudettes, Stoner Bill here. My little bro' was on one of his geek forums and he saw that R.A. Salvatore is signing in Chicago on October 5. He's promoting his title Gauntlgrym (9780786955008) 27.95, which unfortunately, I don't believe is a Drizzt book. But you know Salvatore's stuff is still bad*ss. So I'm thinking road trip. First, I gotta call Doctor Delay, my brother by another mother, and see if we can use his wheels.

And she's like, "Hi Bill, I think he's downstairs but he asked not to be disturbed, especially by you. Did you boys have a falling out?"

Man, this was looking worse than I could have possibly imagined. It had taken me months to wean Double D off of his Oprah obsession and now, with Elizabeth Gilbert's new movie based on her book, Eat, Pray, Love (9780143038412) 15.00 due out any day, I was afraid it would begin again.

I ran down the street, I greeted Mrs. D at the door, and then I scrambled down the basement stairs. It was far worse than I could have anticipated. The basement air reeked of Eat Pray Love™ incense. Doctor Delay was in the lotus position in the middle of an Eat Pray Love™ prayer mat, which was encircled by Eat Pray Love™ scented candles. Eat Pray Love™ Tibetan prayer flags were hung on the walls.

He's like, "Bill, I don't expect you to understand. I have joined Elizabeth Gilbert on her spiritual journey of self-discovery."

I notice the Eat Pray LoveTM prayer beads around his neck and say, "So do you find enlightenment through buying as many of her products as possible? C'mon Double D, I would find this whole thing a lot more believable if she hadn't submitted her book proposal first, grabbed the $200,000 advance, and then went on her little shindig."

I change my tone, "So, you want to see R.A. Salavatore in Chicago?"

I'm still trying to figure out what's going on with this whole Andrew Wylie rights thing. I'm not a twitterer normally. But I did stumble upon this: http://twitter.com/EvilWylie It did make me laugh . . .

If M. Night Shyamalan wrote books with a twist . . .

Aimee Bender brought you her latest foray in magical realism with her bestselling hit, The Particular Sadness of Lemon Cake (9780385501125) 25.95. And now, M. Night Shyamalan takes it one step further in The Peculiar Power of Chocolate Cake. The pastor's young daughter inexplicably leaves half-eaten slices of chocolate cake around their house. But when aliens invade their isolated home, the family discovers that chocolate cake is the one chink in their armor. Is this a 'sign' from God?

You may have thought that Justin Halpern's Sh*t My Dad Says (9780061992704) 15.99 was the funniest book of the year, hands down. However, you would be wrong. M. Night Shyamalan has written the even funnier follow-up Nice Things My Mom Says. It's guffaws galore when his meddling mother says things like, "Yes, 'little blue boy with the arrow on your head', M. will be out shortly to play. He's just getting ready for his busy day." Or "Of course 'Lady in the Water', you can have some more soda pop." Don't miss out on the hilarity. It's sure to ensue . . .

Glenn Beck took the bestseller lists by storm with his 'first' attempt at fiction in The Overton Window (9781439184301) 26.00. B&N said, "[A]n intense visionary political thriller that describes the rise of a totalitatian America." Mr. Shyamalan responds with his own political satire The Bathroom Door. The last time we saw M. Night Shyamalan in the bathroom, he had locked a 7 foot tall alien inside. This time he has accidentally released a neurotoxin into the Mid-Atlantic region that he had created in his bathtub. The neurotoxin causes liberals with the 'Patchouli gene' to commit suicide. It is the action packed thriller of the year . . .

After yet another appearance on Oprah, Geneen Roth's self-help diet book, Women, Food, and God (9781416543077) 24.00 has resurged to #1 on most bestseller lists. To capitalize on this craze, Mr. Shyamalan presents his own take on dieting with Women, Food, and Ghosts. Nine year old Cole Sears can see fat, dead people, and with the help of child psychologist Malcolm Crowe, Cole has his plump poltergeists 'Sweatin' to the Oldies' so they can squeeze through St. Peter's pearly gates . . .


"And Daddy won't you take me back to Muhlenberg County,
Down by the Green River where Paradise lay,
Well, I'm sorry my son, but you're too late in asking,
Mister Peabody's coal train has hauled it away . . ."
--John Prine, Paradise

1) THE FOUNTAINS OF PARADISE (1979) . . . I guess our reality is that new books by reality stars do sell well. Kendra Wilkinson, who is best known for being one of Hugh Hefner's ex-girlfriends, now has her own show. It's on the E! channel and it's creatively entitled Kendra. Before you think less of me, as if that's possible, the only reason I know anything about her show is from watching The Soup mercilessly mocking it. Kendra's book is called Sliding into Home (9781439180914) 25.00 and the reprint is due on July 19. Dave posed an interesting question: Is it more likely that Kendra penned her own book or Ozzy Osbourne actually wrote I am Ozzy (9780446569897) 26.99? Hmmmm . . . Now I know Tori Spelling must have written her own book, Uncharted Territori (9781439187715) 25.00 because I saw her go to school on 90210 and she was a really good student. Believe it or not, her title has hit all of the bestseller lists . . .

2) IMPERIAL EARTH ( 1975) . . . Every time I think that The Lego Star Wars Visual Dictionary (9780756655297) 21.99 has run its course - Boom! - it takes off again. We currently have stock, but I can't guarantee that they will be around for long. Also Becky, our esteemed children's book buyer has pointed out that the Star Wars: The Clone Wars Character Encyclopedia (9780756663087) 16.99 flew out of here. Another batch is here and it is already flying out the door. Whenever I see this new Star Wars stuff, I'm reminded of the Bill Murray's lounge singer character from Saturday Night Live singing, "Hey, remember this hit from 1977 . . . Starrrrr Warrrrrs . . . everybody's diggin' those Starrrrr Warrrrrs . . ." Oh, and speaking of nerds, the Queen of the Geeks, Olivia Munn has her new one, Suck It, Wonder Woman! (9780312591052) 23.99. In case you were wondering, Ms. Munn is the star of G4's Attack of the Show and she's a recent addition to The Daily Show. I've also heard that the dust jacket doubles as a centerfold. Allegedly . . .

3) THE HAMMER OF GOD (1993) . . . George Steinbrenner was an internet star before there was actually an internet. His tussles with Billy Martin and Reggie Jackson have become the stuff of legend. We were saddened to learn that Mr. Steinbrenner passed away yesterday. Bill Martin's Steinbrenner: The Last Lion of Baseball (9780061690310) 26.99 could not have been more timely. Unfortunately, my impression of Mr. Steinbrenner will always be linked to George Costanza from Seinfeld. And it's not a favorable one . . .

1) THE ROLLING STONES (1952) . . . I don't want to sound aggrandizing, but Agates: Inside Out (9781891143977) 22.95by Karen Brzys will become an ageless classic. It is an aggregate of all her previous research and her first book, Finding & Understanding Agates. I was truly agape and agog at the stunning full-colour photographs. I don't mean to agitate, but there is no need to agonize. Anyone interested in geology will aggressively pursue this title, again and again . . .

a) There have been only two father and son duos who have been awarded the Medal of Honor. Can you name them? 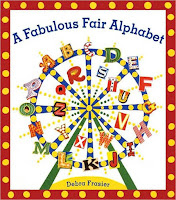 b) This noted scientist and occultist attempted to establish the first national library in England in 1556. Who was he?

3) TIME ENOUGH FOR LOVE (1973) . . . I'm not sure if a book is still considered a sleeper after we've sold out of it two times, but David Nicholl's One Day (9780307474711) 14.95 has done just that. The story of two lovers over the course of twenty years who meet once a year on the same day. It's a book that reads like a movie. In fact, the movie is already in development. I was trying to imagine who would play the leads. Hmmmm . . . Billy Crystal and Meg Ryan? Tom Hanks and Meg Ryan? Julia Roberts and Richard Gere? Elizabeth Gilbert and John Goodman? Melissa Gilbert and Lorenzo Lamas? I guess I could go on and on. However the publisher is out of stock on this one, so we're looking at early next week on the third reorder. Backorder accordingly . . .


c) A well known children's author wrote the hit 'A Boy Named Sue' for Johnny Cash. Who was he?

a) The father and son duos who received the Medal of Honor were Arthur & Douglas MacArthur, and Teddy Roosevelt & Theodore Roosevelt, Jr.

Posted by Mickster at 9:03 AM No comments:
Newer Posts Older Posts Home
Subscribe to: Posts (Atom)