*A Collection of Antiquarian Curios & Relics*
"I don't know anything with certainty,
but seeing the stars makes me dream . . ."
--Vincent Van Gogh

ONE STARRY NIGHT
I don't know what to believe anymore.  For years I had been under the impression that Vincent Van Gogh killed himself, but now there is evidence that he may have been accidentally shot in the gut by two boys.  Supposedly, he covered it up so that the kids would not be prosecuted.  So much for his artistic street-cred.  Next someone is going to tell me there is no such thing as Santa Claus.  Sheesh!  Of course, before I buy into that hook, line, and sinker, I should see how forensics expert Patricia Cornwell, author of Flesh and Blood (9780062325341) 28.99 weighs in on this theory.

With Santa waiting in the wings, it is time to prepare ourselves for the commercial armageddon that we like to call Christmas.  Saleswise, there are certain suspects that rear their collective snouts every holiday season.  For example, Guinness World Records 2015 (9781908843630) 28.95 sells like clockwork every year, especially during those desperate last two weeks.  Also, count on the not-so New Comprehensive A-Z Crossword Dictionary (9780380724253) 7.99, as well as The Official Scrabble Players Dictionary (9780877798224) 8.50 as great last minute stocking stuffers.  And since this is the new 5th edition, you will probably move some of the hardcover edition of The Scrabble Players Dictionary (9780877794219) 25.95, too. 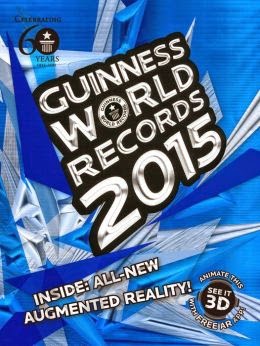 As for fiction, there is the new-born King and then there is Stephen King, who is a fixture on the bestseller lists this time of year.  Revival (9781476770383) 30.00, which is Mr. King's latest title, was featured in this past week's NYTBR and the reviewer noted that, well, it's Stephen King, you really should know what to expect by now.  Also, we have our yearly contribution to the fiction genre with Bill O'Reilly's latest book in his 'Killing' franchise, Killing Patton (9780805096682) 30.00.  'But Mick, Bill's books aren't fiction.  These are important historical treatises on conspiracy theories.  Wah wah wah . . .'  No, they are not.  They are not 'important historical treatises.'  As a history buff myself, I'm not going to mince words -- they are crap.  However, you will sell more of his books than Stacy Schiff, H.W. Brands, David McCullough, and Gordon S. Wood combined.  And you wonder why I hate this world.  Over the past few years, John Grisham has switched his big releases from early spring to the holiday season and his latest is Gray Mountain (9780385537148) 28.95.  David Baldacci is back this week with Joe Puller, one of his most popular characters, in The Escape (9781455521197) 28.00.  He's no Chesty Puller, but then who is?
Bottom line: We've all been here before, and we know things are going to get a little crazy over the next month or so.  I'll put together some more titles for the next Partners Page. Until then, whatever you do, don't do anything rash like, say, chopping off your ear.

As you probably suspected, Stoner Bill and Dr. Delay are attending the annual National Book Award dinner tonight.  They mentioned something about civil disobedience and releasing a truckload of live lobsters at the event, but hopefully, that's merely hearsay.  The fiction field should be a spirited contest:

Posted by Mickster at 3:18 PM No comments:

*A Collection of Antiquarian Curios & Relics*
"I didn't think, I never dreamed
That I would be around to see it all come true . . ."
--Paul McCartney, 1985

1985
Winston Smith had less than an hour before the next two minute hate.  He took a long drag from his cigarette and laid it down in the cradle of his overflowing ashtray.  He glanced upward at the wisp of smoke and noticed the flickering fluorescent light above him.  It was a sickly yellow.  The putrid light was further damped by an elephant graveyard of flying insects piled high on the plastic divider between himself and the spasmatic neon tube.  The desiccated corpses of blue bottle flies, wasps, box elder bugs, and bees threatened to snap the plastic shield, crash down, and bury him beneath them.  Suffocating him.
With a tinge of distaste, he looked at the stack of books on his desk.  These were some of the spoils from Oceania's latest victory over Eastasia.  As a member of the Ministry of Truth, it was his job to determine if these books should be immediately destroyed or made available to the Inner Party.  His friend O'Brien had nominated him for this position and the Party had graciously accepted him.
The first book was called True Love (9780451468680) 29.95 by a Jennifer Lopez, or JLo as her fans knew her.  Apparently she was a pop star of some note.  As if he had known 'true love' himself, Winston, for a moment, felt a flutter in his chest.  That couldn't be.  He angrily stubbed out his cigarette.  There is no redeeming value in this book whatsoever.  He opened the small chute next to his desk and muttered, 'Damnatio Memoriae.  Down the memoryhole with you."

Winston peered at his computer monitor, and briefly, very briefly, he wondered who might be watching him from the other side.  He picked up a hefty tome from the stack and placed it between himself and the monitor.  It was a biography of the Eurasian hero Napoleon: A Life (9780670025329) 45.00 by Andrew Roberts.  He panicked for a second, 'Is Eurasia our ally or our enemy?  Enemy!'  He carefully slid the book down the chute.

The next book posed a bit of a conundrum.  It was written in Oldspeak.  It was 41:  A Portrait of a Father (9780553447781) 28.00 by George W. Bush.  In his previous position as a clerk in the Records Department, he had heard about the United States.  Both Bushes, father and son, had once been President during their glory days.  However, once South America and the remains of the British Empire had been absorbed, it had become Oceania.  He would wait on this one . . .

Suddenly, Winston felt a splash of water on his face and a voice said, "Time to wake up, 6079."
He was strapped to a chair and a white light in his eyes blinded him.  Reflexively, he shouted, "2 + 2 = 5!"  He heard the thrum of a finger played on the ribs of a metal cage.  And then listened to the attendant squeaks of agitated, hungry rats.
There was a sad chuckle from his interrogator, "I'm sorry, 6079.  It won't be so easy this time . . ."
Odds & Sods

Mena!  Mena!  Mena!  Filomena Castriciano, the owner of Roma's, which happens to be my favourite bakery, has written the greatest Italian cookbook ever.  Specializing in Calabrian and Sicilian cuisine,
Cooking with Mena (9780692292594)  24.95 is destined to become an instant classic.  Steeped in Old World traditions, Mena makes sure every child leaves her bakery with a free cookie . . . 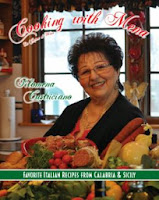 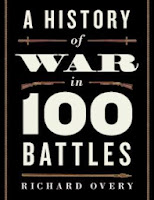 Posted by Mickster at 9:01 AM No comments:

*A Collection of Antiquarian Curios & Relics*
"Tragedy is when I cut my finger.
Comedy is when you fall into an open sewer and die . . ."
--Mel Brooks

COMIC GENUS
I was a naive, foolish tween.  "While the other kids were Rocking Round the Clock, We were hopping and bopping to the Crocodile Rock."  On Thursday nights, I was glued to an old black and white TV set in the attic watching SCTV and Monty Python's Flying Circus on PBS, while most of my fellow Americans were tuned into Welcome Back Kotter and Barney Miller.
Yes, I'm sad to say, I am partially to blame for our National Debt.  Sure PBS is only responsible for $445 million of the federal debt, and it is considered small potatoes compared to the US military budget ($756.4 billion) and Social Security ($803 billion), but as astute mathematicians like Glenn Beck, author of Dreamers & Deceivers (no comment) (9781476783895) 27.00, Rush Limbaugh, author of Rush Revere and the American Revolution (9781476789873) 19.99, and Michael Savage, author of Stop the Coming Civil War (9781455582433) 26.00 are quick to point out, it was the straw that broke the camel's back.  Much like the comedy sketch in Monty Python & The Meaning of Life, in which a waiter tries to foist a wafer-thin breath mint on a grossly obese restaurant patron, this federal program had exploded and then drenched us in a wintry mix of blood, flesh, and food.  And now for something completely different . . .

Former member of Monty Python and perpetually bankrupted John Cleese (I have three words for you John, pre-nup, pre-nup, pre-nup) takes us back to the 'Golden Age of English Men Dressing Up as Women' in his new book, So, Anyway (9780385348249) 28.00.  Without any question, I am sure that that this book will find it's way onto the bathroom reading table next to my toilet.

Meanwhile, SCTV alum and Ed Grimley look-alike Martin Short regales us with tales of derring-do as a comedian on TV shows like SNL and movies like ¡Three Amigos! in his latest offering, I Must Say (9780062309525) 26.99.  Did you know Martin Short dated Gilda Radner?  Yeah, me neither.  I must say.

Superficially Deep Thoughts with Jack Not-So-Handy
Are Louis C.K. and Andrew W.K. related?  Are they cousins or something?
Odds & Sods 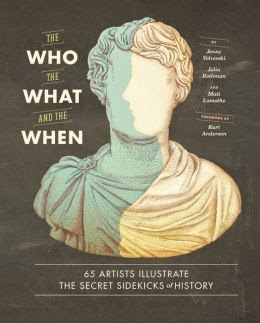