I had chased Rupert Murdoch and his little puzzle box on foot through the rainy, late night streets with a blaster in one hand and Clive Barker's new novel The Scarlet Gospels (9781250055804) 26.99 in the other.  I saw him disappear around a corner which I knew was a dead-end alley.  Finally, my archenemy was within in my grasp.  Oh, and by the way, B. Traven Jr. here.

As I drew up to the alleyway entrance, I saw a flash of light, I heard the jingling of iron chains, and the most horrific scream that I have heard in several lifetimes.  I stumbled and nearly fell to my knees from the pure unadulterated agony in that scream.  Up and down and up and down, it rumbled on like a roller coaster.
I peeked around the corner.  Like a fly stuck in a spiderweb, Rupert had been lifted off his feet and was held in the center by jagged metal hooks and chains.  The chains writhed around him like a nest of vipers.  The hooks had ripped into his soft flesh; blood dribbled down his body and the shredded remains of his clothes.  On the walls, images of books by Rupert's minions had been etched into the brick and were still smoldering along their red hot lines.  A perfect fascimile of Bill O'Reilly's Legends and Lies (9781627795074) 32.00 was on one wall and directly across from it was an image of Dana Perino's And The Good News Is . . . (9781455584901) 26.00. 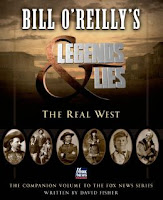 However, my eyes were fixated on one thing.  And one thing only.  An otherworldly creature who stood in front of Rupert, dressed in a gleaming black leather outfit.  I believe Clive Barker described it best in The Hellbound Heart (9780061452888) 11.95:  It's voice . . . was light and breathy -- the voice of an excited girl.  Every inch of its head had been tattooed with an intricate grid, and at every intersection of horizontal and vertical axes a jeweled pin driven through to the bone.  It's tongue was similarly decorated.

It spoke, "Ah, B. Traven Jr, the illustrious Assistant Exarch for Media Permutations.  At last, we finally meet."
Even though this demon was nearly twenty feet away,  I could smell the acrid brimstone upon its breath.  It was nauseating.
Crap.  I knew I should have read more Clive Barker.
Trying to keep the rising bile down in my throat, I ventured, "Who are you?"
He answered grimly, "I am Lord of the Cenobites.  And the High Priest of Hell.  I had been summoned by your friend when he opened the box of the Lament Configuration.  And now, he will get what he truly deserves."
Rupert continued screaming, but now it seemed more like a mere annonyance, like a mosquito buzzing in your ear.  I was growing lightheaded, but I managed to say, "He's not my friend, but I would not wish this upon my worse enemy.  Let him go and I will see justice done . . ."
As I passed out and slumped down to the cold pavement, I heard it say, "Sorry, he comes with me.  He will learn to mourn his humanity."
Odds & Sods
"B-b-bird, bird, bird and the bird is the word."  Spring is here and the birders are birding.  And if you're in Minnesota, the snow will be melting soon  and the bird book that birders will want is The Birds of Minnesota State Parks (9780975433881) 19.95 from the Minnesota DNR.  Now if you're in Minnesota but not in a state park, and you still want a bird guide, then I would recommend Stan Tekiela's The Birds of Minnesota Field Guide (9781591930372) 12.95.  Bird!

I was saddened to learn that John Forbes Nash, Jr. was killed in a car accident with his wife on Saturday.  Mr. Nash was a Nobel winning mathematician, who was featured in the bio A Beautiful Mind (9781451628425) 18.00 by Sylvia Nassar.

Posted by Mickster at 9:50 AM No comments:

(Editors Note:  The actual ceremony for The 2015 PEN Awards will take place at the New School in Greenwich Village on June 8.  B. Traven Jr. could not wait to see who had won the PEN / B.Traven Jr. Award for Cryptozoological Writing, so he hijacked Obama's Time Machine and recorded the event.  This is an excerpt.)

Neal Patrick Harris:  Thank you !  Thank you!  You're too kind!  I don't know if you're aware that in my home state of California we are experiencing an awful, awful drought.  However, it appears that some celebrities' lawns are greener than my former co-star, Kermit de Frog.  So the solution has been to publicly shame celebrities like Kim Kardashian, which sounds really good on paper, but when someone who owes their notoriety to a sex tape and has written a book called Selfish (9780789329202) 19.95, she obviously has no shame.  I love you Kimmy.  To kick off the awards, here is a man who needs no introduction, but I'll do it anyway . . .  B. Traven Jun-IOR!

B. Traven Jr:  Thanks, Neal.  I want to tell you that I just flew in from the past.  And boy, is my time machine tired.  Ha, Ha!  Our first prize is the PEN / Old SpiceTM Award for Great Lakes Nonfiction.  * Opens envelope*  And this year's winner is Robert B. Campbell's Classic Ships of the Great Lakes (9781933272504) 24.95.  Stand up and take a bow, Robert!  The full color photos in this book are so incredible that it makes me want to jump on the next tramp steamer and sail the Great Lakes.  Ha, ha!  A work of utter beauty!  Next . . . 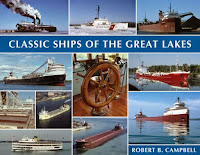 Charles Edmund Wilson III:  (Overheard speaking to Chip, his manservant)  This is an outrage!  The Last Laker (9781938229237) 19.95 by Frederick Stonehouse should have won!  I was on the Great Lakes during the 'White Hurricane' of 1913 and Mr. Stonehouse nailed it!  *grits teeth*  You know, Chip, it is really hard to stomp out of here angrily when you are sitting in a wheelchair.  Let's go!

Our good friend Sarah Dessen stopped in here last week to sign copies of her latest YA title, Saint Anything (9780451474704) 19.99.  This is Sarah's twelfth book, so you could say she is a cagey veteran in the YA genre.

The thrill is gone, baby.  Legendary bluesman B.B. King passed away this week.  He and Lucille will be sorely missed . . .
Posted by Mickster at 2:28 PM No comments:

Ye Olde Partners Page
*A Collection of Antiquarian Curios & Relics*
" I guess the rule here is money is free speech, unless that money speaks with a funny accent . . ."
-Jon Stewart commenting on Megyn Kelly and Clinton Cash (9780062369284) 27.99

Chip, my loyal manservant, and I had returned early from one of Sheldon Adelson's Super PAC parties in Las Vegas when we found your parcel post package outside my villa's security gate.  (As an aside, when did politics become so unseemly?  Mr. Adelson was no better than a muppet with money.  And when I say 'muppet', I am not referring to the adorable Jim Henson puppets, but the archaic British definition of the word.)  We decided to open a bottle of Bordeaux Chateau Mouton Rothschild 1982 and peruse the contents of your box.
I was tickled to see Chip pull out a copy of Laura Ingalls Wilder's Pioneer Girl (9780984504176) 39.95.  You may not be aware that I courted Miss Ingalls when I worked as a stock boy at the Oleson's General Store in Walnut Grove.  In fact, our relationship had become so serious that we began bundling on the weekends.  Unfortunately, Almanzo Wilder reared his ugly head and the rest is, as they say, history. 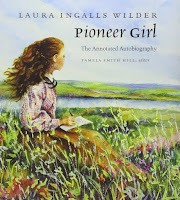 I did have Chip read Willie Nelson's It's a Long Story (9780316403559) 30.00 to me before responding in this letter.  I was not entirely sure how much his continuous consumption of the marihuana had addled his brain.  Apparently, a lot.  There is no mention of me bailing Willie out of debt in the 1980s, or anything about our trip across America on the train The City of New Orleans.  I was very disappointed.  I did not want to do this, but I have asked Chip to remove him from our Christmas card list.

I also see that you have included my good friend James Patterson's 14th Deadly Sin (9780316407021) 28.00, which was actually written by Maxine Paetro.  I remember when Mr. Patterson first hit the bestseller lists and he said to me, "Charlie, I can't keep up with the pace.  The publisher wants a new book every six months!"  And I said, "Calm down.  You just need to find yourself a good ghost writer and that way you will have more time to work on your tennis game."  (And his game has not improved one whit.)

As for Kim Kardashian's Selfish (9780789329202) 19.95, which you've seen fit to include in your selection, I can picture you snickering to yourself as you placed it in the box.  However, I do not believe one could produce a more appropriate title for her book.  I will leave it at that.

I believe everyone has heard the story of the three women in Cleveland who were held captive in a House of Horrors for nearly ten years.  John Glat tells their amazing story in The Lost Girls (9781250036360) 26.99.  Monsters do walk amongst us . . . 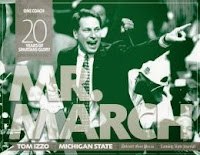 Posted by Mickster at 8:01 AM No comments:

Ye Olde Partners Page
*A Collection of Antiquarian Curios & Relics*
" Well, the music is your special friend
Dance on fire as it intends
Music is your only friend . . ."
--Jim Morrison, When the Music's Over

Hello, I'm Gene Simmons, a member of the legendary band KISS, reality TV show star, and Rock 'n Roll icon, and I want to tell you that it's not about the music.  It's about the sweet, sweet moolah and the hot, hot chicks.  And if you want to be one of those hot, hot chicks, I recommend that you pick up Karena Dawn and Katrina Scott's Tone It Up: 28 Days to Fit, Fierce and Fabulous (9781623365691) 24.99 and follow their instructions to the letter.  In fact, their book cover has inspired me to write a new song (Sung to the music of Lick It Up by KISS): 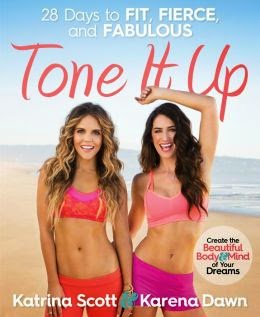 B. Traven Jr. here.  I am the host of the new History Channel show, A Question of Conspiracy.  In the spring, conspiracies begin to hatch like baby blue robin's eggs.  And boy, do we have some doozies on this episode.  Ha, ha!  We'll talk about the infamous 'Jade Helm 15' in Texas.  We'll explore an ancillary theory that the US military has built tunnels beneath a recently closed Walmart.  Allegedly, the tunnels are connected to Denver Int'l Airport so Chinese troops can be secretly flown in and then housed at this Walmart location before invading the rest of the state.  Finally, we'll be joined by Frederick Stonehouse, the author of The Wreck of the Edmund Fitzgerald: 40th Anniversary Edition (9781892384737) 17.95.  Can you believe it's been 40 years since the Fitz was sunk by a Russian nuclear sub?  Me neither.  Ha, ha!  We'll be right back after these messages . . .

Hello, I'm Gene Simmons, bass player for the greatest band in Rock history, famous movie actor, and world reknowned lady's man and I want to tell you that I almost joined Scientology.  Fortunately, I read Lawrence Wright's expose Going Clear (9780307745309) 15.95, which provided the basis for the recently aired HBO documentary on Scientology, and it saved me from a huge mistake.  It inspired me to write a new song (Sung to the music of Lick It Up by KISS): 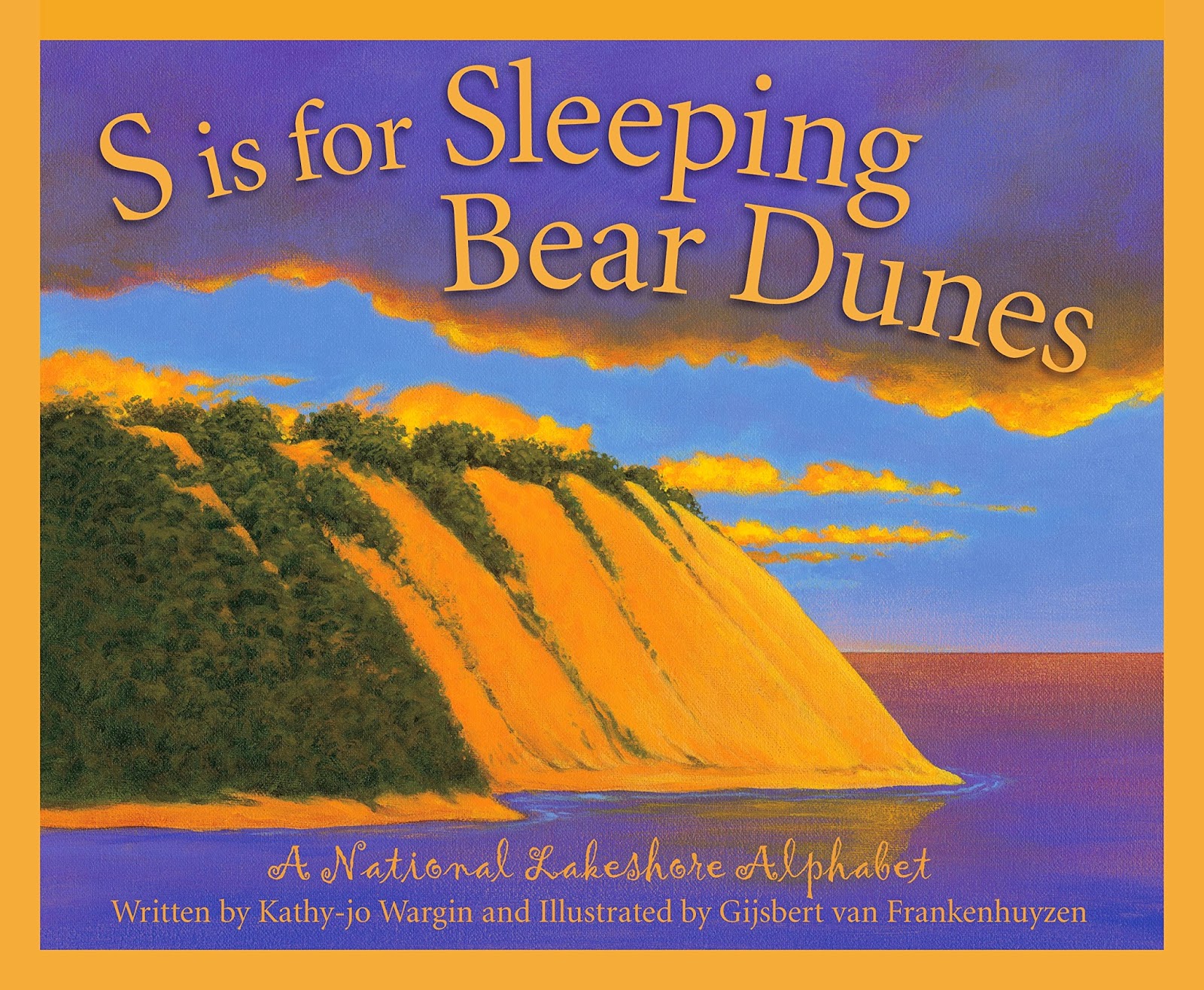 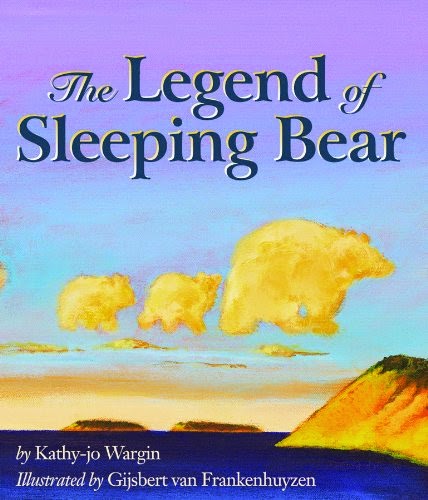 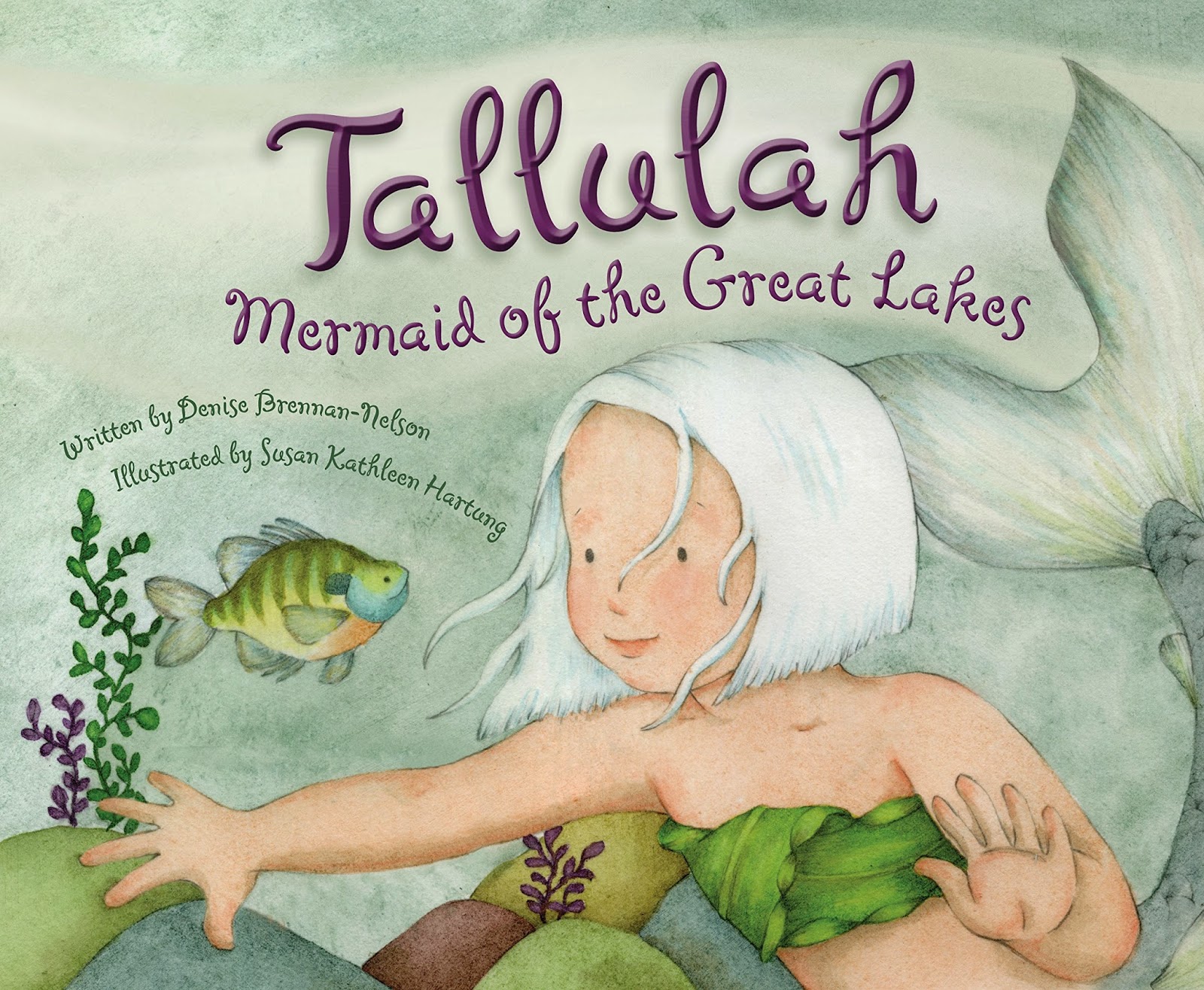