*A Collection of Antiquarian Curios & Relics*
"Let me explain why I like to pay taxes for schools even though
I don't personally have a kid in school: I don't like living in a country
with a bunch of stupid people . . ."
--John Green

1)  YOU GET WHAT YOU DESERVE . . .  Remember when Duck DynastyTM was really popular?  It wasn't that long ago.  I guess that kind of popularity cannot be sustained indefinitely.  I noticed last week that their most recent episode had the lowest ratings since their very first show aired.  But unfortunately, their product is still being cranked out.  The latest book offering is from the lovely ladies of Duck DynastyTM and is appropriately entitled The Women of Duck Commander (9781476763309) 25.99.  Hopefully, it won't lay a giant egg . . .

2)  WHAT'S GOING AHN . . .  On a more serious note, Call to Action: Women, Religion, Violence, and Power (9781476773957) 28.00 by former President Jimmy Carter is starting to take off after his appearance on Late Night with David Letterman.  President Carter addresses womens issues that have been swept under the carpet for way too long.  From genital mutilation to slavery, the abuse of women and girls continues unabated worldwide at an alarming rate.  In no uncertain terms, it needs to be stopped.  And it needs to be stopped now . . .

3)  GIVE ME ANOTHER CHANCE . . .  Another topic no one wants to talk about is the Trayvon Martin case.  Lisa Bloom gives her take on the trial and its ramifications in Suspicion Nation: The Inside Story on the Trayvon Martin Injustice and Why We Continue to Repeat It (9781619023277) 25.00.  My opinion is that these so-called 'stand your ground laws' are no more than legalized murder.  Discuss . . .

The River of No Return
$$$$$ (very expensive)
If you're looking for something exciting to do that's a little bit off the beaten track, I would suggest a trip down The River of No Return.  If you're still licking your wounds from your visit to Torture Town, I might recommend that you leave this one off your intinerary.  For the adventurous, The River, which is ably described in Bee Ridgway's new tradepaper, The River of No Return (9780142180839) 16.00, is not an actual river but an access point for time travel via the shadowy organization called the Guild.  So don't bring your galoshes, but instead, I suggest that you bring your favorite time traveling shoes (ruby slippers are optional).  The time portal is currently set to the Napoleonic era, so don't forget your French Phrase book and be on the lookout for murderous gangs of deserting soldiers. 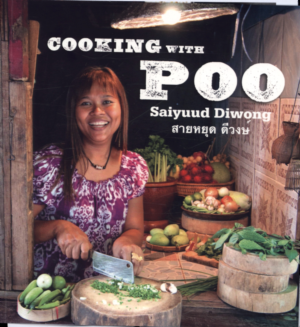 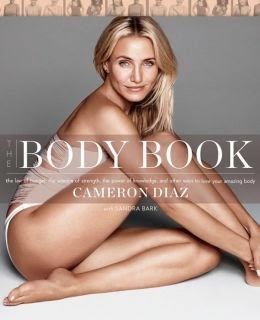 Chip, my loyal manservant, and I had just returned from the Kremlin as the U.S. special envoy in an attempt to defuse the Crimean situation.  I spoke with Vladimir Putin, but as you can tell from this morning's headlines, it was ineffectual at best.  So to console ourselves, Chip cracked open a bottle of Jeroboam of Chateau-Mouton Rothschild, 1945 and we perused your latest collection of books that had arrived via the parcel post.
I was surprised to see Chip pull the PBS channel triple play out of your box.  I believe that all three of these authors have been vigorously hawking their wares during PBS pledge year.  The ubiquitous Dr. Wayne Dyer has promoted his memoir I Can See Clearly Now (9781401944032) 27.95, which reminded me of the hit song from Johnny Nash.  Also, there was Mark Hyman's Blood Sugar Solution 10-Day Detox Diet (9780316230025) 28.00 and finally, Mr. Perlmutter's Grain Brain (9780316234801) 27.00 to complete the triumvirate of PBS titles.  Mick, you may not know this, but I helped Harty Gunn create what we now know as PBS back in 1970.  I provided the seed money, so you could say I was the first actual donor.

Your next book, The Sibley Guide to Birds, 2nd Edition (9780307957900) 40.00, Chip reverentially lifted from the box in a glowing nimbus of light.  This is considered by many to be the bible for birders nationwide.  In my younger days, I was quite the avid birder.  My outdoorsman friend Theodore Roosevelt and I would traipse through the virgin veldt of Yellowstone Park in search of obscure avian species.  In fact, on one of our expeditions, the Secretary of State had to send out a contingent of soldiers to track Teddy down to alert him to the Venezuelan Crisis of 1902.

And your choice of Five: A Salute to Nicklas Lidstom (9781467596671) 20.00 was truly inspired.  Nick is the second greatest defenseman in the history of the NHL.  I would still have to say that my good friend Bobby Orr was the greatest ever.  However, I believe it was a classy move on the part of the Detroit Red Wings to hang his illustrious jersey in the rafters of Joe Louis Arena.  I have been a loyal hockey fan since I suggested to Lord Stanley, then the Governor-General of Canada, that there should be some sort of trophy for the top ranking team in the amateur hockey league.  I mentioned that, perhaps, a silver cup would be the ideal vehicle to commemorate this accomplishment.  The rest, as they say, is history.

Speaking of the South, I've been reading the Holly George-Warren biography on Alex Chilton entitled A Man Called Destruction (9780670025633) 27.95.  Mr. Chilton is probably the greatest singer-songwriter you've never heard of, and he fronted Big Star, the best band you've probably never heard of.  He was immortalized in The Replacements hit, 'Alex Chilton' and he is most famous as the front man for The Boxtops.  As you can see, I'm a huge fan.

Posted by Mickster at 8:25 AM No comments:

*A Collection of Antiquarian Curios & Relics*
"I often dream of trains when I'm awake
They ride along beside a frozen lake . . ."
--Robyn Hitchcock, I Often Dream of Trains 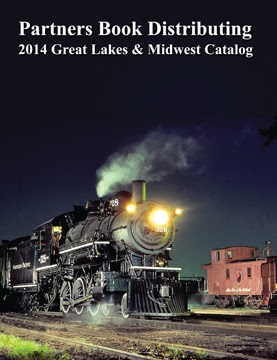 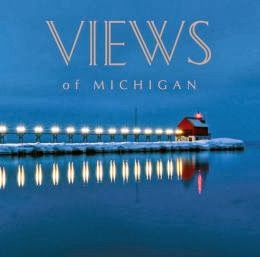 Odds & Sods
This anecdote should be helpful for every bookstore.  A store owner mentioned that he had a customer looking for a book about George Washington's wife during the Revolutionary War, but couldn't remember the title.  Being the book nerd I am, I said she probably meant Allison Patek's The Traitor's Wife (9781476738604) 14.99, which is about Benedict Arnold's wife, Peggy Shippen.  He said he wasn't sure of the title, so he suggested Andy Weir's The Martian (9780804139021) 24.00 and she bought it.  This bookseller said that this was the third time that someone had come in for another title and he had sold them The Martian instead.  I think there is a lesson to be learned here, but I haven't figured out exactly what it is yet . . .

Posted by Mickster at 3:56 PM No comments:

*A Collection of Antiquarian Curios & Relics*
"An ad that pretends to be art is -- at absolute best -- like someone who smiles warmly
at you only because he wants something from you . . ."
--David Foster Wallace

THE 86TH ANNUAL ACADEMY AWARDS (OSCARS)
I love movies.  You know who else loved movies?  David Foster Wallace.  He would have been tickled pink to learn that Hollywood is making the ultimate roadtrip buddy flick out of David Lipsky's book, Although Of Course You End Up Becoming Yourself (9780307592439) 16.99.  Jason Segel is playing DFW and there has been a low rumble of disapproval from the intelligentsia.  However, as a fan, I can see DFW enthusiastically endorsing the selection of Mr. Segel.  Sure Jason is no intellectual giant, but he appears to be a genuinely likeable and kind-hearted soul, and if DFW had had more of that, he might still be around.  Hopefully, we'll be talking about this movie at The 87th Annual Academy Awards . . .

From the Red CarpetTM to Best PictureTM, I am one of the survivors of an event that has been likened to Mao's Long March, and this year I also had to contend with the unfunny stylings of Ellen DeGeneres.  So as you were fiddling with your Oscar book displays on Monday morning to highlight the winners, I was trying to figure out how Jim Carrey's 30 second spot could be funnier than an entire night of Ellen's schtick.  Ellen is smart.  She wrote a book called Seriously, I'm Kidding (9780446585040) 14.99.  She sucked up to the big name movie stars, her twitter stunt was great for publicity, and her pizza bit was heartwarming, but none of it was very funny.  Her comedic barbs were saved for secondary players like Liza Minelli and Spike Jonze.  I can imagine Spike furiously working on a screenplay called Her 2, in which a beloved TV host is tortured to death by a computer operating system.

Let's look at some of the winners:  First of all, Nebraska doesn't have a movie tie-in, but it's the only one I have seen so far.  Ted recommended it to me and it was outstanding.  For some reason Ted is under the impression that I only watch spaceship movies where lots of things get blown up.  That's not true.  Next I want to check out Twelve Years A Slave (9780143125419) 16.00, which I was planning to do anyway because the lead actor is the guy who played the assassin in Serenity, but then I learned that Michael Fassbinder, who was the best thing in Prometheus, Benedict Cumberbatch, who played Khan in the last Star Trek movie, and finally, Brad Pitt, the actor who broke Jennifer Aniston's heart, are all featured in supporting roles.  Serenity, Prometheus, Star Trek.  Hmmm, Ted may be right.  Frozen comes out on DVD on March 18, and I can't wait to watch that movie with Little Sasha. We've watched three quarters of it on YouTube, but it would be nice to see it in a more linear way.  The Frozen books are selling well, including: Frozen: Big Golden Book (9780736430654) 9.99 and Frozen: Reusable Sticker Book (9780736431163) 6.99.  I'll see you at the movies . . . 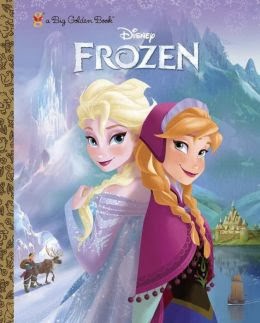 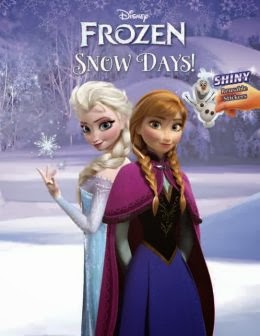 Benedict Cumberbatch has turned me on to the whole Sherlock Holmes oeurve.  So I was pleasantly surprised to see that we carry the children's board book, Sherlock Holmes in The Hound of the Baskervilles: A Sounds Primer (9781423634119) 9.99.  I think I need to get this for Little Sasha, too.  It's really never too early to start working on your deductive reasoning.  Right? 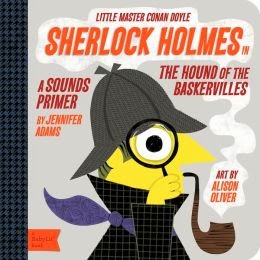